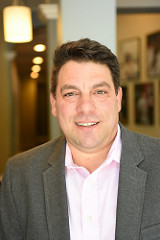 Michael Maiorino, DC is a licensed chiropractor serving patients at Structural Based Therapy in Alpharetta, Georgia. Dr. Maiorino works with patients from all age groups. To provide patients with the best results, he works in collaboration with massage therapists, acupuncturists, physical therapists, physiatrists, neurologists, and orthopedists. His ultimate goal is to alleviate the patient’s pain and restore normal function in the shortest amount of time possible.

Dr. Maiorino was drawn to chiropractic early in his life after a family member was injured. He shadowed the treating chiropractor for a few weeks, and he was able to see the results of chiropractic care firsthand. After spending some time as a patient, Dr. Maiorino decided to enter the field as a chiropractor. He received his education at Life College of Chiropractic. Dr. Maiorino graduated in 1999 and began practicing in Patchogue, New York.

He is originally from Brooklyn, New York, but he spent most of his childhood on Long Island. In 2006, he moved to Alpharetta, Georgia, where he has been embraced by the community.

Dr. Maiorino maintains the highest standards and protects his patients by never exposing them to unnecessary X-rays. He believes his care and treatments speak for themselves and he doesn’t lock his patients into long treatment plans or packages. Patients can schedule an appointment with Dr. Maiorino by contacting Structural Based Therapy. 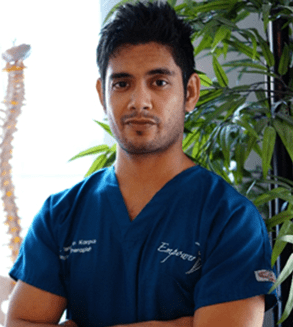 He uses an integrated, evidenced based treatment approach inspired from multiple disciplines of rehabilitation around the world including pilates, yoga, chiropractic, and thai massage. He believes that in order to achieve optimal results, it is vital to understand the cause of the problem, recognize and execute the most appropriate solutions from a multitude of disciplines.

He currently resides back in Atlanta, GA where he practices his integrated approach to both eastern and western medicine.

Font Resize
Contrast
Accessibility by WAH
Call Us Text Us